Our new website, and continuing R&D on antibody drugs for cancer immunotherapy 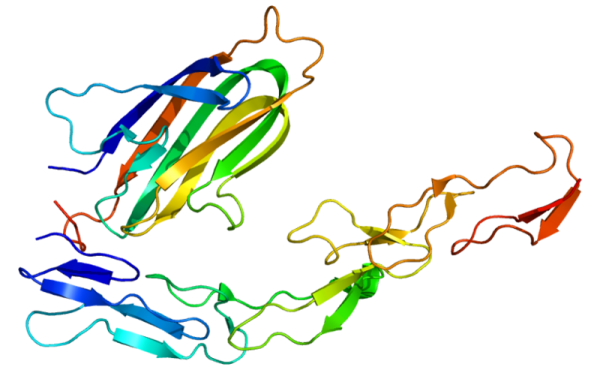 Haberman Associates has a new website, with the same URL as previously but with many improvements. This article is the first Biopharmconsortium Blog post to be posted after the new website has gone online. Please explore the new site, and send any comments on the site to us.

In addition to announcing our new website, this article is designed to outline several new areas of cancer immunotherapy R&D.

Research and development of novel checkpoint inhibitors for cancer immunotherapy

Our September 2014 book-length Insight Pharma Report, “Cancer Immunotherapy: immune checkpoint inhibitors, cancer vaccines, and adoptive T-cell therapies” focused on agents that had reached the clinic. In the case of checkpoint inhibitors, the report did not cover the universe of immune checkpoints, but only those that have been addressed with late-stage agents, some of which had entered—or were about to enter—the market. However, as we stated in the report, researchers expect new experimental products to emerge from immune checkpoint research in the next 5-10 years.

In the report, we mentioned research on agents to target the lymphocyte-activation gene 3 (LAG-3, CD223) pathway. In a published study in mice, Bristol-Myers Squibb (BMS) researchers and their academic collaborators obtained evidence that dual treatment with an anti-PD-1 (such as BMS’ nivolumab) and an anti-LAG-3 monoclonal antibody (MAb) cured most mice of established tumors that were largely resistant to single antibody treatment. They concluded that dual blockade of PD-1 and LAG-3 might constitute a viable strategy for cancer immunotherapy, which might be superior to blocking PD-1 alone.

At the time of our report’s publication, BMS had initiated two Phase 1 safety studies with an investigational anti-LAG-3 MAb. These are a study of anti-LAG-3 with and without anti-PD-1 in treatment of solid tumors (clinical trial number NCT01968109), and a study of anti-LAG-3 in relapsed or refractory chronic lymphocytic leukemia (CLL), Hodgkin lymphoma (HL) and non-Hodgkin lymphoma (NHL) (clinical trial number NCT02061761). Both of these studies are still ongoing and recruiting patients.

Another checkpoint inhibitor target that is begin investigated (in preclinical studies) for potential use in cancer immunotherapy is TIM-3 (T-cell immunoglobulin domain and mucin domain 3). TIM-3 is is co-expressed on PD-1+ CD8 T cells in mouse models with solid tumors or hematologic malignancies. In a preclinical mouse melanoma model, combined blockade of TIM-3 and PD-1, or TIM-3 and CTLA4, was more effective in prolonging survival than blocking either protein alone. Moreover, the combination of anti-CTLA4, anti-TIM-3 and anti-LAG-3 produced further suppression of growth of the melanoma tumor. These data suggest that blockade of multiple inhibitory receptors—including TIM-3 and LAG-3—results in synergistic antitumor activity.

Research and development of agonist antibodies for use in cancer immunotherapy

Another approach to antibody-based cancer immunotherapy—in addition to targeting checkpoint inhibitors—is development of agonist antibodies. This is the subject of an upcoming conference in Boston—sponsored by Cambridge Healthtech Institute (CHI), on May 7-8, 2015. This conference is part of CHI’s annual PEGS Boston (Essential Protein Engineering Summit). Agonist antibodies target certain cell surface proteins on T cells, resulting in stimulation of the activity of the T cells. This contrasts with checkpoint inhibitors, which are designed to overcome blockages to T cell activity mediated by immune checkpoints.

Among the targets for agonist antibodies are two members of the tumor necrosis receptor (TNFR) superfamily—CD27 and OX40.

Celldex Therapeutics’ fully-human monoclonal antibody (MAb) agent varlilumab (CDX-1127) targets CD27. As discussed in our cancer immunotherapy report, activation of naïve T-cells requires both T-cell receptor (TCR) signaling and costimulation by a “second signal”. In our report, we used the example of CD28 (present on the surface of T cells) interacting with B7 [present of the surface of an antigen-presenting cell (APC) such as a dendritic cell] to deliver a “second signal”. CD27 is a member of the CD28 superfamily, and it interacts with CD70 to deliver a “second signal”. Varlilumab can substitute for CD70, and deliver a costimulatory signal to T cells whose TCRs are engaged. This can change a weak immune response into a strong, prolonged response. In preclinical models, immunostimuation by varlilumab has been shown to mediate antitumor effects.

In addition to the immunostimulatory activity of varlilumab, this agent may also exert direct therapeutic effects against tumors that express CD27 at high levels, such as human B and T cell lymphomas. Varlilumab has shown potent anti-tumor activity against these lymphomas in preclinical models. In these models, varlilumab may exert its therapeutic activity both via “second-signal” immune activation, and via direct antitumor activity against CD27-bearing lymphoma cells.

Varlilumab is now in ongoing Phase 1 clinical trials against solid and hematological tumors (clinical trial number NCT01460134), and in ongoing Phase 1 and Phase 2 trials in combination with the anti-PD-1 MAb agent nivolumab (BMS’ Opdivo) against advanced refractory solid tumors (clinical trial number NCT02335918). Reports of interim data from clinical trials of varlilumab at scientific meetings in 2013 and in 2014 indicate that this agent was very well tolerated and demonstrated biological activity and signs of clinical activity against advanced, treatment-refractory lymphoid malignancies and metastatic melanoma and renal cell carcinoma.

On March 17, 2015 Celldex announced that it had entered into an agreement with Roche to evaluate the safety, tolerability and preliminary efficacy of varlilumab in combination with Genentech/Roche’s investigational anti-PDL1 agent MPDL3280A in a Phase 1/2 study in renal cell carcinoma. This is based on preclinical studies that suggest that the combination of these two agents may be synergistic, and enhance anti-tumor immune response as compared to either agent alone. In Celldex’s Phase 1 study of varlilumab in multiple solid tumors, promising signs of clinical activity had been seen in patients with refractory renal cell carcinoma. This included a durable partial response (11.0+ months) with decreases in tumor volume over time, and 4 patients with stable disease over periods ranging from 5.3 to 30.7+ months.

Another target for agonist MAbs in immuno-oncology is OX40. MedImmune (the global biologics R&D arm of AstraZeneca) is testing the OX40 agonist MAb MEDI6383 in an ongoing Phase 1 clinical trial (clinical trial number NCT02221960) against recurrent or metastatic solid tumors. MedImmune’s OX40 program is based on technology developed by AgonOx (Portland, OR). The two companies entered into an exclusive global partnership to develop OX40 agonists in 2011.

OX40 is a costimulatory receptor that can potentiate TCR signaling in T cells, leading to the activation of these cells by antigens recognized by their TCRs. Engagement of OX40 by its natural ligands on dendritic cells, or by anti-OX40 antibodies initiates a signal transduction cascade that enhances T cell survival, proliferation, and cytokine production, and can augment immune responses to tumors. Preclinical studies have shown that OX40 agonist antibodies increase antitumor immunity and improve tumor-free survival. A Phase 1 clinical study of an mouse anti-OX40 agonist MAb in patients with advanced cancer was carried out by researchers at the Providence Portland Medical Center in Portland, OR. (AgonOx is a spin-off of the Providence Portland Medical Center.) The study (clinical trial number NCT01644968), whose results were published in 2013, found that treatment with one course of the anti-OX40 MAb induced regression of at least one tumor metastasis in 12 of 30 patients, and exhibited an acceptable toxicity profile. Treatment with the agent also increased the antitumor reactivity of T and B cells in patients with melanoma.

The studies on novel immune checkpoint inhibitors and agonist antibodies illustrate that researchers are continuing to advance the frontiers of immuno-oncology beyond the late-stage MAb agents described in our report. Moreover, many of these studies involve clinical trials of combination therapies of the novel agents with other therapeutics discussed extensively in our report, including the CTLA-4 inhibitor ipilimumab (Medarex/BMS’s Yervoy), the PD-1 inhibitors nivolumab (BMS’ Opdivo) and pembrolizumab (Merck’s Keytruda), and the PD-L1 inhibitor MPDL3280A (Genentech/Roche). This is consistent with the idea that “the future of cancer immunotherapy is combination therapy”. In the survey that Insight Pharma Reports conducted in conjunction with our report, 80% of respondents agreed with this statement.

As the producers of this blog, and as consultants to the biotechnology and pharmaceutical industry, Haberman Associates would like to hear from you. If you are in a biotech or pharmaceutical company, and would like a 15-20-minute, no-obligation telephone discussion of issues raised by this or other blog articles, or of other issues that are important to your company, please contact us by phone or e-mail. We also welcome your comments on this or any other article on this blog.